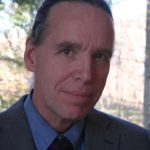 Statement on 9/11: “I started questioning the official account of the September 11 attacks a few months after the event, when the shock started to wear off. With the help of the early research by Paul Thompson, Jim Hoffman, and Nafeez Ahmed I soon became convinced that the attacks were an inside job that fit into a long history of similar (albeit less spectacular) covert operations.”

Additional Information: “I have published in the areas of speech recognition, natural language processing and artificial neural networks. For the last 16 years I have been involved in medical research and am the author of the Odin software (formerly the Edinburgh Data System), which is used for the acquisition and analysis of medical time series data.”

Papers: How our governments use terrorism to control us