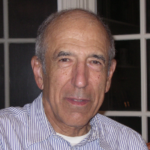 Statement on 9/11: “I signed up because the evidence that 9/11 was an inside job is over whelming.”

“Since there was molten steel in the wreckage of the World Trade Center, and since the temperatures of the fires were insufficient to melt steel, and since the gravitational energy was shown to be very much smaller than the energy needed to melt steel, the Twin Towers and 7 WTC could only have been brought down by explosives or cutter charges.” (Conclusion from paper in Journal of 9/11 Studies)

Additional Information: “I was Professor of Physics at Adelphi University from 1964 until 1985 when I retired as Professor Emeritus of Physics. I then worked in Industry from 1981 to 2010. I have 18 scientific publications and 23 patents.”

Brainwashing and 9/11, a Personal View