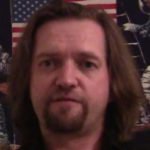 Statement on 9/11: “From September 11, 2001 until early April of 2006, I had accepted the official account of the terrorist attacks of 9/11. In the spring of 2006 I, for various reasons, began to doubt the official conspiracy theory (OCT). The most compelling influence was that of Dr. Steven Earl Jones, in particular his presentation at Utah Valley State University.

I watched all of the videos of the building collapses, studied the available flight data records of the four commandeered aircraft, and examined the evidence of persistent extreme heat in the WTC rubble. I concluded that the molten material was far hotter than the surrounding visible flame, and hotter than any diffuse hydrocarbon flame. It is absolutely clear that something else was going on inside the building producing that heat.

I am surprised and disappointed that more professionals with hard science backgrounds have not come forward to examine the evidence and take appropriate action.”