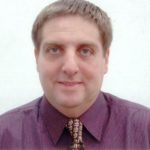 Statement on 9/11: “I have always doubted the explanations for the collapse of WTC 1, 2, and 7. There seemed to be a lot of official disinterest into understanding the mechanisms that caused the collapse. This is remarkable for a number of reasons. But, as a nation we invest a lot of resources into evaluating and testing weapon systems. I wondered why we would not want to understand how a missile hitting the upper stories of a skyscraper could collapse the building into its own footprint? This would be an amazing weapon, wouldn’t it? Yet, no interest in pursuing an answer. I believe it is because there is no plausible scientific explanation that is politically acceptable.”