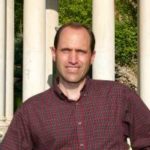 Statement on 9/11: “The major smoking gun here is the molten iron that was being dug out of the rubble over a month after the event. The only plausible scientific explanation for that is that Thermite was involved, residues of which were also found in the rubble and dust. Thermite is used in controlled demolitions — planted ahead of time and controlled at the time of demolition — and continues to react with the metal long after the event, hence the molten metal so long afterward. The reason the government is not addressing this issue is because they were in on the execution of this attack.”

Additional Information: “Sterling Allan is the founder of a dozen-plus organizations whose functions range from preparedness and alternative energy development and promotion to defining, teaching and researching better ways to live as a society. He is the CEO of Pure Energy Systems (PES) Network, the premier news and directory service whose mission is to find and facilitate the best exotic renewable energy technologies. It is aided by the New Energy Congress, which Allan founded as an association of energy professionals from around the world who review the most promising claims to existing and up-and-coming breakthrough energy technologies that are clean, renewable, affordable, reliable, easy to implement, safe, and legitimate.

Prior to his focused involvement in free energy over the past eight years, Allan was an activist in promoting principles of freedom and defending them against forces conspiring to establish world tyranny.

He is presently involved in launching an intentional community, Safe Haven Villages, featuring sustainable building and growing methods and utilizing renewable energy. Mr. Allan’s graduate studies at BYU and the University of Arizona were in Bioelectrochemisty, studying the interaction between external electrical stimuli and physiological systems. He is a frequent speaker on radio shows and at conferences.”