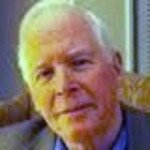 Statement on 9/11: “In 2005 I read a review of THE NEW PEARL HARBOR by David Ray Griffin, bought the book, and was powerfully moved by its revelations. My complacency in believing officials of the American government was destroyed. I found Architects and Engineers of 911 Truth, and signed their petition. After some weeks of weekly conference calls, and study of their materials, I decided to give presentations, and gave my 18th presentation on December 6, 2012, this one to the American Legion Post in Farmington, Michigan.”

Was invited to give a two-hour program on 9/11 in Lansing in July of 2010, and gave a short program for Rotary International, in Berkeley Michigan in August of 2010. Rotary invited me to return for another presentation on September 20, 2010. Southeast Michigan Mensa invited me to give a presentation in February 2011. Since then I’ve given presentations at Central Michigan University, Washington, D.C., Holmes Beach, Florida, and Grosse Pointe, Michigan.

I have served as volunteer for Pro Musica of Detroit since 2000. I kept computer records and reports, was treasurer for three years, and have been president since June 2007.”