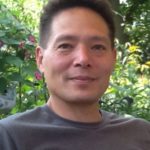 Present or Most Recent Position: Professor of Cognitive Neuroscience at Dartmouth College since 2001.

Statement on 9/11: “I am signing this, first, in memory of my deceased father (Professional Engineer and Engineering PhD, University of Manchester, England, 1959), who worked as a civil engineer in Manhatten for five decades. He was a specialist in load bearing steel trusses and struts in buildings. He told me right after the event that the zero-resistance free fall of all three buildings was only possible if the supporting system of steel beams had been eliminated through controlled demolition, and shuddered at the moral implications of this. I am signing this, second, for my children who deserve a better America than what America has become since 9/11. Third, I am signing this for all those individuals who have a festering psychological wound because of 9/11 that has not been allowed to be discussed openly, and thus which has not been able to heal. The work of Architects and Engineers for 9/11 Truth, and Scientists for 9/11 Truth, is waking people up around the world to the terrifying realization that controlled demolition brought these buildings down, WTC7 being the smoking gun, because it was not hit by a plane, and furniture fires cannot get hot enough to melt steel.”

Additional Information: “We the people can no longer rely on a controlled system to reveal the truth of 9/11. Instead people should form local discussion groups in their communities and schools in order to consider the evidence for controlled demolition themselves, as well as the arguments against it provided by NIST and others. Don’t hesitate to meet in person and discuss the evidence, pro and con, with an open and objective mind. Discuss what the implications of your own conclusions are for our country and for the world. Form your own local truth commissions, because you will not be encouraged to do so by those who own the system, and you will not be encouraged to do this via the similarly controlled mass media. You have to find the truth yourselves.

The Enlightenment began among similar small groups of impassioned people meeting in person in coffee houses in Edinburgh, Paris, Boston and elsewhere. It culminated in a positive way in the USA in the American revolution, with the overthrow of British rule; But it also culminated in a much less positive way in France with the French Revolution, the subsequent reign of terror and the rise of the despot Napolean. I believe the internet is now fostering the rise of The Reenlightenment among those of us who are in search of truth and who want to build a society where hidden and arbitrary powers cannot make decisions that benefit them rather than us, the people. Now, however, the elites are not the British or French Aristocrats. Now the elites are rulers of the military industrial financial complex who have given us financial malaise and endless wars since 9/11, with no end in sight, perhaps leading ultimately to a war to end all wars with Russia or China.

The Enlightenment of the 1700s had a blind spot. The core insight of Montesquieu, that nobody is to be trusted with power, and therefore must be subjected to checks and balances, was correct. But the system that Madison and others built into our Constitution to embody that insight could not have foreseen the rise of unaccountable multinational corporations, the Military-Industrial Complex, debt-based fiat currency, the internet or the computer age. A result of the failure to build in checks and balances against external forces is that the entire system of internal checks and balances has been taken over by non-governmental, private powers like Goldman Sachs and the Federal Reserve banking cabal on the financial side, and an unelected military industrial and intelligence complex in search of world hegemony. A central goal of the emerging Reenlightenment has to be the freeing of our government from external interests who have come to control it against the interests of ordinary people like ourselves. The goal has to be recovering our democracy so that it serves the interests of us, the people, rather than their interests. Central to our search for truth and a better system has to be understanding what actually happened on 9/11 and who was really behind it, rather than simply accepting the unbelievable official account.

Yes, they will label those of us who doubt the official account as ‘conspiracy theorists.’ But physics is physics, and fact are facts. Buildings cannot enter free fall unless all internal supports have been removed. See, for example, the conclusions of the article 15 Years Later: On the Physics of High-rise Building Collapses by Steven Jones et al.”