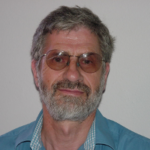 Present or Most Recent Position: Professor of Oceanography and Marine Sciences, Texas A&M University since 1988.

Statement on 9/11: “The official story does not make sense, because it flies in the face of scientific principles and the laws of science. You cannot fool Newton’s Laws, which means that the official story on how the three WTC towers fell on their footprint at near-free-fall acceleration due to fires insults anybody’s mind who is still able to think on their own. And that you cannot melt steel by burning jet fuel should be evident to anybody who has ever watched airplane engines burn jet fuel without the steel of the engines melting. What is even more incredulous is that there are not more people in the USA questioning the official story.”