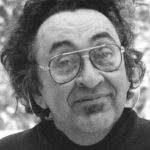 Present or Most Recent Position: Consultant to Passamaquoddy Tribe at Pleasant Point Reservation (Maine) while also serving as Tribal Engineer, Consultant in engineering and environmental assessment/permitting.

“I observed some of the events of September 11, 2001 on television while I was working as environmental compliance officer at a U.S. Navy radio station in Cutler, Maine. As most people have noted it was quite surrealistic and depressing. Personnel in charge at the Navy facility immediately required contractors working on 1000 foot towers to come down because they had noticed a small plane circling around the towers. The contractors were reimbursed for their “lost time” and I started thinking about how our government and political leaders would react to the events.

During subsequent years, I read criticism of the various investigations and wondered as an engineer/scientist how government “experts” were unable to explain the sudden collapse of the two towers and the unexplainable destruction of Building 7. I have kept up with the research and analysis of the events September 11, 2001.

Guidance from a friend has led me to read many books including the recent Kevin Ryan criticism Another Nineteen along with many articles while also watching videos on the 9/11 conspiracy. I find it hard to imagine that critics of the various government investigations are still considered “kooks” and even un-American. Scientists and engineers have pointed out irrefutable evidence questioning government/political conclusions; however, the omnipresent media fails to understand the logic and misrepresents criticism. The continuing presence of terrorists should emphasize that we can not make the same mistakes as symbolized by the 9/11 response in order to live in a safe and truly accountable society. As someone has accurately stated — 9/11 was made to happen by those in charge.

I was a whistleblower when I worked for the U.S.Navy. I fully understand the pressure placed on critics but I will continue to maintain my integrity as a scientist to point out errors and misinformation. It will be a pleasure to be a member of Scientists for 911 Truth.”

“Normand Laberge was born in Lewiston, Maine in 1946. He has a degree in Civil Engineer (BSCE) and PhD in Materials Science (Physics) from the Catholic University of America. His PhD dissertation was focused on stress and strain relaxation in vitreous systems. His research interests include optical fibers, nuclear waste disposal, glass formation, and rheological substances. Laberge obtained his professional engineer’s license from Maryland in 1989 and now practices in Maine. As an engineer, Laberge has worked on renewable energy projects including a major tidal power dam in Maine. For nearly 15 years, Laberge worked for the U.S. Navy as an environmental engineer until forced to retire early due to his whistleblowing activities which were focused on safety and environmental preservation. Laberge presently works for the Passamaquoddy Tribe at the Pleasant Point Reservation as Tribal engineer and continues providing professional engineering services. He lives in the dense woods of Trescott, Maine and is writing a book on his whistleblowing travails. The document is expected to be completed in early 2015.”