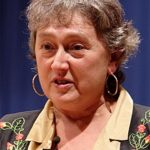 Present or Most Recent Position: Professor at University of Massachusetts, National Academy of Sciences

Statement on 9/11: “Whoever is responsible for bringing to grisly fruition this new false-flag operation, which has been used to justify the wars in Afghanistan and Iraq as well as unprecedented assaults on research, education, and civil liberties, must be perversely proud of their efficient handiwork. Certainly, 19 young Arab men and a man in a cave 7,000 miles away, no matter the level of their anger, could not have masterminded and carried out 9/11: the most effective television commercial in the history of Western civilization. I suggest that those of us aware and concerned demand that the glaringly erroneous official account of 9/11 be dismissed as a fraud and a new, thorough, and impartial investigation be undertaken.”

Additional Information: One of America’s most prominent scientists, Dr. Margulis was Distinguished University Professor in the Department of Geosciences, University of Massachusetts-Amherst. She was elected to the National Academy of Sciences in 1983 and served as Chairman of the Academy’s Space Science Board Committee on Planetary Biology and Chemical Evolution. In 1999, President William Clinton presented Dr. Margulis with the National Medal of Science, America’s highest honor for scientific achievement, for her outstanding contributions to the biological, climatological, geological and planetary sciences, and for her extraordinary abilities as a teacher and communicator of science to the public.