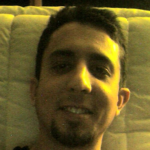 Statement on 9/11: “Evidence of nanothermite has been identified in dust sampled from ground zero. This requires further investigation.”

Additional Information: Kip Warner’s background is in artificial intelligence (University of British Columbia, 2007). He is a Vancouver based software engineer and entrepreneur. One of his projects was designing, as part of a larger project, a digital forensic archaeological technology to recover lost data from NASA’s billion dollar 1975 Viking mission to Mars.

Letters: To the Canadian Minister of Public Safety, February 22, 2011. Responses to this letter by officials and others can also be seen at this location.