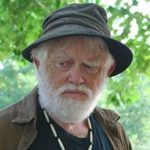 Statement on 9/11: “The official explanations appear to be highly implausible. Further investigation is clearly warranted.”

Additional Information: “After teaching two years at Makerere University College, Uganda, and one year at Carleton College, Minnesota, I joined the Faculty at Bucknell in 1967 where I taught courses in analytical, physical, environmental chemistry and a course for non-science majors. I published 35 papers in the fields of chemical education and inorganic kinetics and structure, based on research supported largely by the Petroleum Research Fund. My principal interests were in the structure of cobalt(III) complexes and the kinetics of ligand substitution and inorganic substrates’ oxidation-reduction reactions. I retired from active teaching, June, 2003.”

In 2005 and again in 2006, Professor Cooper received the Thomas Paine Award from the Central Susquehanna Chapter of the American Civil Liberties Union for Citizen Journalism; in 2007 he was given the Peacemaker Award by the local Center for Nonviolent Living.