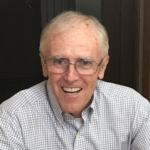 Statement on 9/11: “I have spent considerable time reviewing the research that questions the official explanation for the events of 9/11. This has included a number of the books published, and the postings on related websites. The websites have included AE for 9/11 truth, pilots, physics and scientists for 9/11 truth. The evidence supporting the demolition hypothesis of the destruction of the trade towers appears overwhelming to me. Other questions raised such as failure to intercept the planes, destruction and suppression of evidence, and many questions raised about the alleged hijackers, certainly appear to warrant further investigation. I am convinced of the need for a new, properly conducted official legal investigation.”