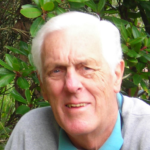 Statement on 9/11: “After five years of avoiding the issue, I watched a video of WTC 7 as it fell. After a period of further research, I was shocked and mortified to discover the overwhelming evidence that the official account of 9/11 cannot possibly be true. Since then I have worked to bring this information into public awareness.”

The Pentagon Attack: Eyewitnesses, Debris Flow and Other Issues – A Reply to Fletcher and Eastman, April, 2016

Ethics and the Official Reports about the Destruction of the World Trade Center Twin Towers (WTC1 and WTC2) on 9/11: A Case Study, by John D. Wyndham, Wayne H. Coste and Michael R. Smith, 2014 IEEE International Symposium on Ethics in Engineering, Science and Technology. See also the Poster for the paper presentation in Chicago, May 23-24, 2014.

The Pentagon Attack Testimonies of Lagasse, Brooks, and Boger

Other Scientific Works Papers and Talks on Radio Astronomy

Website: Scientific Method 9/11 — created as a special website for moderated discussion and debate of topics of scientific interest related to 9/11, much of which could be considered preliminary or controversial. This site is no longer being actively maintained, but it is still up for now.  It is being archived as a sub-folder here, on the Scientists site as a static archive (frozen as of April 5, 2021).