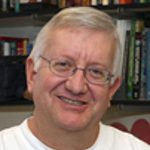 Statement on 9/11: “Frankly, although at first stunned by events that occurred on September 11, 2001, I became suspicious of explanations for these events forwarded by government officials because they did not make sense. Essentially, the official government explanation for 9/11 centers on alleged military incompetence for failure to intercept even one of the airlines that was allegedly hijacked. This same military, however, was ordered to battle in Afghanistan shortly after 9/11 with stunning success. I have not served in the American armed forces. My father, however, served for 20 years as an NCO in both the Army Air Corps and United States Air Force. His older brother was listed as KIA for several weeks after the attack on Pearl Harbor on December 7, 1941 until he was determined to have survived. I was raised in a military family and I have the utmost respect for those serving in the military. I refuse to accept any blame placed on the U.S. military for 9/11.”

“I teach data analysis to undergraduate students. Another way of thinking about blaming the military for 9/11 is to assess events of 9/11 probabilistically. Four airplanes went unchallenged by military aircraft. Suppose that prior to 9/11 the military’s ability to intercept suspicious aircraft was only 50-50 (50%). Please think carefully about this supposition – that the military could intercept suspicious aircraft only half the time. We know that the American military is more competent than this supposition suggests. Even so, let’s proceed with this supposition. The probability of FAILING to intercept one of the four airplanes on 9/11 is by this supposition equal to 0.5 (50%). The probability of FAILING to intercept two of the four airplanes is obtained by multiplying the probabilities of intercepting only one. This probability is 0.5 x 0.5 = 0.25 (25%), or a 1 in 4 chance. Now, FAILING to intercept all four airplanes is equal to 0.5 x 0.5 x 0.5 x 0.5 = 0.0625, or 6.25%. In other words, given the supposition of a 50-50 success rate for military interception of a suspicious airplane, a supposition that insults the American military, it was 100 – 6.25, or 93.75% likely that at least one of the four planes would have been intercepted. The government’s explanation for 9/11 seems disingenuous and this is why I am a signatory to several petitions calling for a new and independent investigation.”

Additional Information: James Carr received the President’s Prize for 1987, Awarded by the International Association for Mathematical Geology; the award is made for outstanding application of mathematics to the science of geology by an engineer or scientist 35 years or younger.

Why I Want a New and Independent Investigation of 9/11