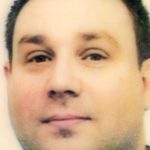 Statement on 9/11: “Imagine a tall tree being struck near the top of its trunk by a large projectile traveling at over 500 mph, blasting a hole straight through the tree and igniting a raging fire. The damaged tree sits there for just over one hour burning away without much movement. Suddenly the top one-fifth begins to crush the bottom undamaged portion, turning it into sawdust, splinters and a few twigs as it falls directly at almost freefall acceleration through the path of most resistance (the undamaged trunk).

When the dust eventually clears what remains is a small stump of smoldering wood with debris spread over a significant area. Am I to believe this is a fire and ballistic damage induced gravity collapse? I have every good reason to question the official government story relating to the events in New York on 911 and hence all of the conflict and security activity which has resulted from such an impossible and ludicrous bunch of bare-faced government lies and tyrannical treachery!”

Additional Information: “Since graduation I have been working as a renewable energy research scientist with (Physical Systems) (Lancaster England). My work is related to the delivery of infinite; renewable, safe, affordable energy.”

Letter to Cambridge University re Paper by K. A. Seffen, January, 2008