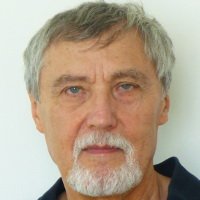 Most Recent Position: Associate professor, lecturer on nonlinear mechanics at the Brno University of Technology

The collapses of the WTC towers were complete and too fast to satisfy the fundamental laws of mechanics, especially conservation of energy and momentum, if the mechanism of the collapse was as suggested in the official NIST report. Such fast collapse would need some additional energy beside the gravitational potential energy. The collapse, when started, should arrest after several dozens of meters, or collapse totally, but much more slowly then observed. More investigation is needed.

In 1968 I developed under the leadership of Prof. V. Kolář probably the first FEM program in
the central Europe. In the following years I worked out FEM program package NE-XX, which
was very popular in Czechoslovakia and was sold also abroad. I elaborated model of
structure-soil interface and published several papers and books on this topic, including
monography in Elsevier. In those years I worked as the head of the computing center in a
bridge designing institute. Since 1998 I have worked at the Brno University of Technology,
Faculty of Civil Engineering. I have lectures on nonlinear mechanics. I have led several
postgraduate students, some of them have already received the scientific degree CSc. (PhD).

Some publications (papers and book) on 9/11:

Dynamics of Collapse of a High Building, Journal of Mechanics Engineering and Automation 2 (2012) 349-354 http://www.davidpublisher.org/index.php/Home/Article/index?id=3888.html

A Contribution to Analysis of Collapse of High-Rise Building Inspired by the Collapses of WTC1 and WTC2:  Derivation of Simple Formulas for Collapse Upper Speed and Acceleration, Scientific Research Publishing (15 pages) ISSN 2327-4379 (2019),
https://pdfs.semanticscholar.org/ad79/ba9bb8cf2a03f7f647877ef83fd766cce1b8.pdf

Some other books on mechanics in English: