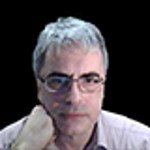 Statement on 9/11: “I am not an American, however, I am the lucky husband of an American woman, and the father of a wonderful half-American boy, who loves the United States. I think that 9/11 was the most cruel plot against the American people ever, and that it was an inside job planned by top-ranking US politicians in collaboration with foreign organizations. Americans deserve truth and justice, for the victims of the 9/11 massacre and for the entire nation. They need to come to terms with the extent of that cynical plot, and to regain their confidence and sovereignty, as the citizens of the most important democracy on the planet. America deserves better than either its recent governments or its media.”

Additional Information: “Dr. Giacomo Consalez is in charge of the Developmental Neurogenetics Unit, which is part of the Dept. of Neuroscience, at San Raffaele in Milan. He and his unit were recently affiliated to the Stem Cell Research Institute, also at San Raffaele. He received his medical degree from the U. of Milan in 1984, and completed his residency in Pediatrics in 1988, developing a strong focus in Medical and Molecular Genetics. During the same year, he moved to the Emory University School of Medicine in Atlanta, GA, USA, where he participated in projects aimed at cloning genes. After a two-year period at the Gaslini Institute in Genova, Dr. Consalez moved to the San Raffaele Scientific Institute in Milan. His recent studies have dealt with genetic networks involved in development and morphogenesis, with a particular interest in neural development. ” [From www.sanraffaele.org/60002.html?page=2]