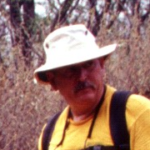 Degrees and Schools: PhD Geology and Geophysics, University of Hawaii at Manoa

Statement on 9/11: “As a research scientist with an appreciation for hard evidence, I find it difficult to assign much credence to the official conspiracy story of the events on 9/11/2001. Besides suspicious motives and actions by federal agencies that day and subsequently, I find the NIST and FEMA reports on the WTC collapse woefully lacking. The evidence found in the debris from these building collapses and their interpretation, especially those published in the peer-reviewed scientific literature, along with the now numerous physical assessments of the buildings’ collapses, call for further investigation and that justice be served.”

Additional Information: Gary McMurtry has been affiliated with the Jet Propulsion Laboratory, the Scipps Institute of Oceanography, both in California, and other institutions, and has participated in many land-based and undersea scientific expeditions.