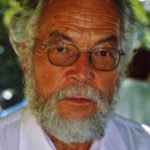 Present or Most Recent Position: From 1970 to 1999, Professor and Director of the Laboratory of Electromagnetism and Acoustics (LEMA) at the “Ecole Polytechnique Fédérale” of Lausanne, Switzerland (Swiss Federal Institute of Technology). Honorary Professor (retired) since 1/1/2000.

Statement on 9/11: “When I saw on TV the towers collapse, I was very puzzled, something just did not seem right… (as an engineer, I had some background in structural mechanics). So when, much later, I heard of truth movements, I joined our local Swiss association “le 11 septembre en question”, and then Architects and Engineers for 9/11 Truth. I translated, live into French, lectures by Richard Gage in Geneva and by David Ray Griffin in Lausanne. The “official” theory is so full of holes and obvious mistakes that I cannot understand how decent people can still believe it. Unfortunately, journalists stubbornly stick to it and refuse to look at the evidence. There is an urgent need for a serious official investigation to determine exactly what happened and who is responsible for it.”

“I was also quite impressed by Dr. Elias Davidsson’s report “No evidence that Muslims hijacked planes on 9/11,” and feel that no Muslim should be held responsible for the 9/11 crime. I am rather surprised that there has apparently not been any reaction from Arabic states.”

Additional Information: Among many other accomplishments, Professor Gardiol developed high power microwave ferrite devices (Raytheon SMDO l961-1966). He was also Visiting Professor in Canada, Algeria, Brazil, India, Japan, France, Italy and Cameroon. Professor Gardiol authored four books in French and five in English. He contributed more than 300 technical publications and presentations at symposia, on microwaves, waveguides, microstrip circuits and antennas, and computational electromagnetics. He chaired the Swiss National Committee of URSI from 1979 to 1992. He is Associate Editor of the IEEE Antennas and Propagation Magazine.