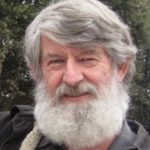 Most Recent Position: Retired from 35 years teaching physics and mathematics at the secondary and Junior college levels.

Statement on 9/11: “I have been researching the physical evidence associated with the building collapses of 9/11 for several years, primarily through analysis of the videos of the destruction of the buildings. There are numerous ‘smoking guns’ for the use of pre-planted explosives, implying that the hijackings were merely a cover story for a false flag operation.”

Videos: See David Chandler’s website 911SpeakOut.org and “Videos” on this site for short videos on WTC1, WTC2, and WTC7 and other information.

Narrated by David Chandler. Explanation of the Evidence at the Pentagon on 9/11 – Answering the 9/11 Consensus Panel Challenge, by Wayne H. Coste, August 21, 2018.

Frank Legge and David Chandler, The Pentagon Attack on 9/11: A Refutation of the Pentagon Flyover Hypothesis Based on Analysis of the Flight Path, Sept., 2011 and the Addendum, December 27, 2011