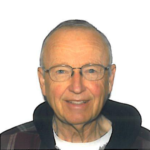 Statement on 9/11: “I began my study of 9/11 in 2006 with “Loose Change” followed shortly thereafter by “New Pearl Harbor”. I read NPH twice and started checking out the footnotes. After seeing pictures of the Pentagon crash and reading a Department of State website to counter “conspiracy theorists” by stating that 63 out of 64 passengers on the 757 were identified by their DNA, I was hooked. I believe the most effective way to initiate a new 9/11 commission is to stick to the science of the demolition of the Twin Towers and Building 7.”