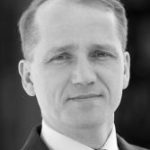 Statement on 9/11: “No doubt building WTC7 was destroyed on 9/11 by classical controlled demolition, that is, with explosives at the bottom of the building. And also the towers WTC1 and WTC2 were destroyed by controlled demolition, with explosive charges placed all over the two buildings. The consequences of this observation are enormous, if not monstrous: It must have been a secret command executing 9/11 as a false-flag event, putting the blame falsely on Muslims. The secret command was not only able to prepare and execute the 9/11 event but, moreover, was able to prevent itself from being initially detected and later convicted. This means that the secret command, and the criminal organization behind it, must have had control over the US secret services, the US military, the US government, and significant control over the US legal system and over the US media. The question which follows is: Is the USA – and other countries like my country Germany – a democracy, that is, controlled by a government and parliament elected by the people, or is the USA and the Western world in fact under the control of a criminal and malicious secret organization?”

Additional Information: “I would like to discuss with other scientists my favorite argument for why the WTC towers came down by controlled demolition, which is this: Steel – when it is not extremely hot or thin, and collision speed is not extremely high – never breaks, it at most bends (this also holds for screws/bolts). Moreover, internally I would like to discuss controversial questions like the ‘plane/no-plane’ question (‘Is aluminum able to break steel?’) and the ‘dustification’ question (‘Is thermite/nanothermite enough to explain why a significant part of the material of the WTC towers turned into powder?’).”