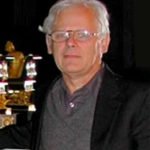 Present or Most Recent Position: Full Professor, University of Wroclaw, Poland (1970 – 2004). Now independent researcher, affiliated with the Institute of Mathematics of Toulouse.

Statement on 9/11: “In K. A. Seffen’s paper, ‘Progressive Collapse of the World Trade Centre’, the harbingers of nonsense are clearly visible. Seffen wrote: “It is also clear that both collapse modes were progressive, as indicated by film footage: there was the sound of each successive impact of floor upon floor and a matching sequence of lateral ejection of debris.” Yes, indeed, there were sounds of each successive impact. But there were also sounds of explosions and there are other important factors (for instance unusually melted steel, angularly cut beams, insufficient temperature to melt steel, and so on). The author seems to not care about these factors. Why? Because taking them into account would force him to choose a different model and he is either not willing or not able to do so. See my analysis.

Additional Information: Visiting professor in research centers abroad. For my research on the foundations of quantum theory in 1995 I received the Humboldt Award.