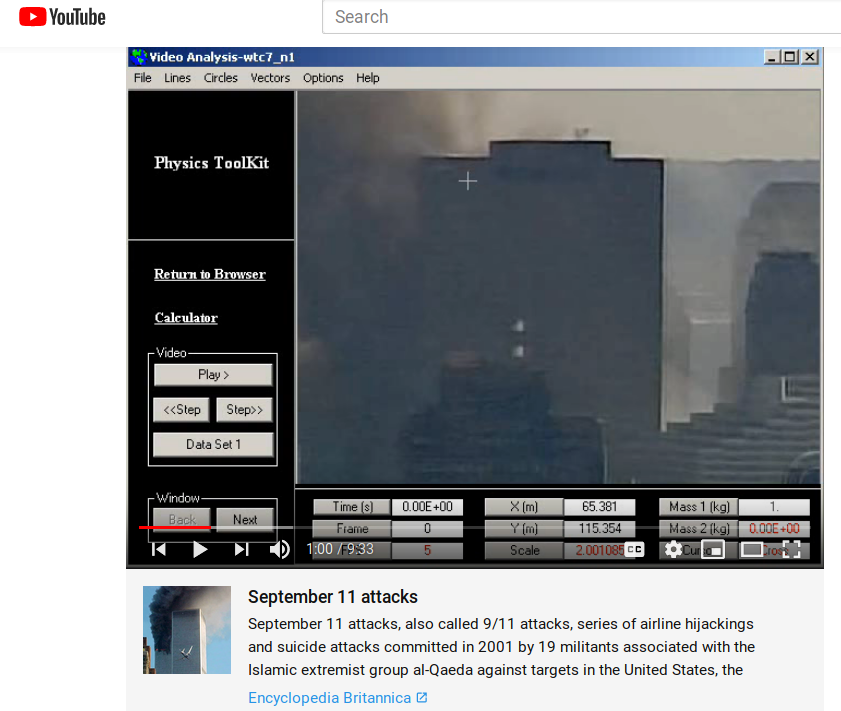 Note the blurb at the bottom of the video, where you would expect to find comments by whoever posted the video.  This insertion into YouTube user content is apparently intended to serve as a warning to any who wander onto this page that the content fits their criteria for being “Fake News.”  The insertion does not appear on embedded copies of the videos; just on the YouTube page itself.  The link to Encyclopedia Britannica is supposed to guide unwary viewers to the actual truth of the matter.  It is an exceptionally bland statement of the “official story” of 9/11.

When YouTube and other social media outlets banned sites by Alex Jones several weeks ago there was division in the ranks of presumably progressive commentators in the alternative media.  Alex Jones was widely seen as a special case because he promoted such extreme views with a style that many found offensive.  Many journalists pointed out that this was not government censorship because the social media platforms were private enterprises and could do what they liked.  Some of the alternative media, however, pointed out the close relationships between the corporate giants, such as Google and Facebook, and the political establishment.   Wikipedia, for example, has long been known to censor views that diverge from the interests of the political establishment.  Try to find any article about 9/11 on Wikipedia that does not label the subject as unreliable conspiracy theory.

Scientists for 9/11 Truth does not promote conspiracy theories.  We promote the investigation of the events of 9/11 with scientific rigor.  We object to the arbitrary labeling of our research based on the fact that our conclusions differ from establishment views.  Science is defined by the scientific process, not the outcomes.  We do not claim absolute certainty for even our own conclusions: they are always subject to further investigation and correction.  We certainly do not accept the judgment of politically motivated and manipulated investigations, such as the 9/11 Commission Report or the NIST Investigation, or the judgment of corporate entities that cite these kinds of reports as closing the books on the subject.

We view this effort by Google (owner of YouTube) to certify their view of the world as “TRUTH” as an act of propaganda that undermines legitimate dialogue and subverts the scientific process.  We call on Google and the other social media corporations to reverse this decision, and we call on all who value an open society to oppose this move.