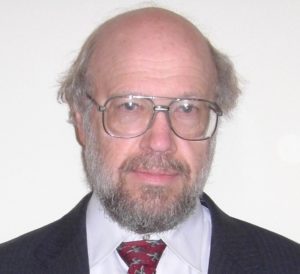 Scientists for 9/11 Truth member Wayne Coste‘s epic analysis of the evidence at the Pentagon is now available in easily digested chapter-by-chapter form narrated by David Chandler. You can find it on David Chandler’s website here, on Wayne Coste’s Scientists’ member page here, or as a YouTube playlist here. The video, almost six hours in length, can be viewed chapter by chapter.

Coste started this project when he was on the other side of the fence, convinced that no plane hit the Pentagon. He was working on a compilation to prove that case and ended up convincing himself otherwise. This represents a massive effort and deserves careful consideration and study.

Recently Barbara Honegger, military historian and journalist, argued that the Pentagon strike was the most important piece of the 9/11 operation, from the perpetrator’s point of view, because an attack on the military turned this from a mere crime to an act of war, justifying military retaliation. Honegger’s Pentagon analysis is found in the first two hours of her three-hour presentation “Behind the Smoke Curtain” that has received wide attention in the 9/11 truth movement. See, for example, her presentation in Seattle in 2013. However, Honegger’s Pentagon analysis has been refuted in a 97 page paper by seven authors, Victoria Ashley et al, available in the link just given or on this site. 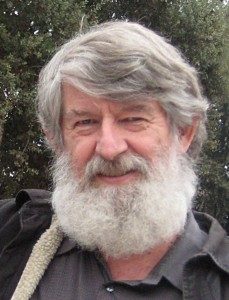 Regarding Honegger’s assertion, it does not follow that the evidence needed for proving government involvement in 9/11 is at the Pentagon. The evidence required to show government complicity is at the World Trade Center. All that needed to be done at the Pentagon was to hit it with something…anything. Ramming a plane into the Pentagon did not require any kind of fancy deception. The more blatant the act the better. If shrouding it in secrecy and false speculation helped throw those searching for the truth into disarray, all the better. What is required of the 9/11 Truth Movement is a mature assessment of the evidence…all of the evidence. There is no win in finding some spectacular deception. The “win” is in seeing the truth of the matter with clear eyes. The evidence shows that a large plane, most probably AA Flight 77, hit the Pentagon on 9/11.

Is this the official story? Not at all. The official story is that the United States was attacked by Osama bin Laden and Al Qaeda. That is certainly false. Big planes hit the WTC, a big plane hit the Pentagon. That’s what the evidence shows, and a clear look at the evidence is what provides a path out of the wilderness of conflicting Pentagon theories for the 9/11 Truth Movement. Wayne Coste’s massive video is the latest effort in research by scientists and engineers that clearly shows that a large plane hit the Pentagon on 9/11. For other papers and videos that support this same conclusion, see Papers on this site and the website Scientific Method 9/11.

The chapter titles in Wayne Coste’s video(s) are:

Coste’s original version in the form of a single video with his own narration, published on May 28, 2018, is also available here.