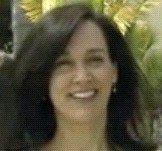 This new organization, founded by Yaz Manley, a voice-over artist, journalist, and author has a website, Citizens Aware and Asking, and this motto: “Urging the scientific community to come forward with informed opinions on this science.” The science referred to is the science of 9/11, as developed over the past decade by independent scientists, engineers, architects, and countless other researchers.

On their website, Citizens Aware and Asking state: “We’ve picked out some organizations which, we feel based upon their mission statements, would have no excuse for not giving us informed opinions on this science, and we’re trying to get these organizations to actually come forward and provide us with those opinions. This sounds pretty reasonable, but it turns out to be surprisingly difficult. “We’re starting with the Union of Concerned Scientists (UCS) in part because they’ve been around for a long time and have a fair amount of prestige, but most importantly because; what we’re asking them for. . . is exactly what they claim to provide.” The approach Citizens Aware and Asking recommends for its readers is direct citizen action:

“. . . go to our “What’s the Plan”
page and print the paper; “Active Thermitic Material found in Dust from the World Trade Center catastrophe”, then mail a copy, certified, to the Union of Concerned Scientists at the address provided. Request that they give you an honest evaluation of that science, as well as, provide real answers to the questions we asked them on June 13, 2012. E-mail us a photo of your receipt if possible.”

Another organization targeted by Citizens Aware and Asking is the American Society of Civil Engineers (ASCE). Working under FEMA, members of ASCE initially investigated the building collapses which occurred on 9/11, including the collapse of World Trade Tower 7. The ASCE team reached this conclusion: “The specifics of the fires in WTC 7 and how they caused the building to collapse remain unknown at this time”… “the best hypothesis has only a low probability of occurrence. Further research, investigation, and analyses are needed to resolve this”.

In addition to laying out its plans for citizen action with respect to scientific and engineering organizations, the Citizens Aware and Asking website has informative sections on World Trade Center building 7, the Twin Towers, Thermite, and on the way the official investigation was conducted.

Note: Despite a brief mention of “climate change” in this video, Scientists for 9/11 Truth does not have an official position on this issue.