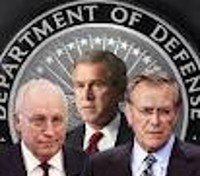 Point ME-1: Did Military Exercises Show that the Military was Prepared for Domestic (as Well as Foreign) Hijackings?

Point ME-1: Although publicly denied by The 9/11 Commission Report and by highly-placed officials, including the President, US military exercises prior to 9/11 involved hijackings using planes as weapons both within and outside US airspace.

Point ME-2: The Claim that the Military Exercises Did Not Delay the Response to the 9/11 Attacks

Point ME-2:
The Department of Defense and the 9/11 Commission failed to report all but one of an extraordinary number of military exercises that occurred on the morning of September 11, 2001. They also denied that such exercises slowed down military responses to the attacks, which evidence shows was untrue.

The rescheduling of military exercises, normally scheduled for different times of the year, included Vigilant Guardian, Global Guardian, Amalgam Warrior, Appollo Warrior, and Crown Vigilance, all traditionally held in October or November. The only one of these mentioned in The 9/11 Commission Report was Vigilant Guardian.

In addition, the scrambling of fighter jets was also impaired as follows: At Otis Air Force Base, six F-15′s (out of 18) took off on a routine ocean training exercise at 9:00 AM (after two “alert” F-15′s were scrambled in response to the first WTC attack; at Andrews Airforce Base (outside Washington, DC) fighters were not scrambled in response to the “hijackings” until 11:12 AM; two New Jersey Air National Guard F-16 fighters based in Atlantic City were on a routine training mission eight minutes flying time from New York, but were not alerted until after the second Tower was hit at 9:03 AM; two other fighters were on a routine training exercise, and no jets took off from Atlantic City in response to the attacks until after the Pentagon was hit at approximately 9:37 AM.

Point MC-Intro:
The 9/11 Commission gave accounts, which are contradicted by considerable evidence, for six men: President George W. Bush, Vice President Richard Cheney, Secretary of Defense Donald Rumsfeld, General Richard Meyers, General Hugh Shelton, and Brigadier General Montague Winfield. All six men were officials who had positions from which they could have affected the outcome of the 9/11 attacks.

The question of why President Bush was allowed to remain in the classroom in Sarasota, Florida, a publicly-known location, after it became obvious that high-value targets were being attacked on 9/11, has never been satisfactorily resolved, nor have the conflicting stories given by the White House about Bush’s visit to the school.

Point MC-4: When Did Cheney Authorize the Shoot-down of Civilian Planes?

Point MC-4
At 9:26 AM on 9/11, the Bush-Cheney administration ordered that no more civil planes were allowed to take off, and at 9:45 AM, all planes in the air were ordered to land. According to the official account, Cheney gave authorization to shoot down civilian airplanes some time after 10:10 AM.

The 9/11 Commission claimed that the shoot-down authorization was not given by Cheney until 10:10 AM or later, hence after United 93 had crashed at 10:03 AM. This claim is contradicted by reports from Richard Clarke, U.S. News and World Report, Pentagon correspondent Barbara Starr, the FAA, and three military officers: Col. Marr, Gen. Arnold, and Brig. Gen. Winfield.

Similarly, there are no images from 300+ security cameras at Dulles Airport, where five alleged hijackers are said to have boarded Flight 77 that later hit the Pentagon.

The 9/11 Commission absolved Donald Rumsfeld of any responsibility for what happened after 9:03 AM, as well as from any involvement in the crash of UA 93.

The photo of Rumsfeld helping to carry a stretcher on the Pentagon lawn raises tremendous questions about Rumsfeld’s behavior as being inconsistent with his duties as Secretary of Defense at a time of great crisis.

Point MC-6: The Activities of General Richard Myers during the 9/11 Attacks

Point MC-6:
Contradictions between 2004 accounts by Myers and the 9/11 Commission and the accounts by Richard Clarke, Paul Wolfowitz, Captain Leidig, General Shelton, Thomas White, and Myers himself in 2001, together with inconsistencies between the earlier and later stories told by Myers, and the implausibilities in the accounts by Myers and Senator Max Cleland, all suggest that the official account about Myers – according to which he was not in the Pentagon during the attacks and also could not have been involved in a decision to bring down United 93 – is false.

Point MC-7: The Time of General Shelton’s Return to his Command

Point MC-7: General Hugh Shelton, chairman of the Joint Chiefs of Staff on 9/11, was scheduled to fly to Europe on September 11, 2001. He left Andrews Air Force Base at 7:30 AM on that day in a military plane. In his absence, General Richard Myers, the vice chairman of the Joint Chiefs of Staff, was to be the acting chairman. At about 9:10 AM, Shelton was informed of the second WTC attack, after which he ordered his plane to fly back to the USA.

An account provided by both General Hugh Shelton and his aide Lieutenant Commander Suzanne Giesemann, according to which they were able to return to the Pentagon without delay – evidently reaching it by roughly 12:30 PM – is contradicted by their plane’s flight navigator, by the flight tracking strip, by General Richard Myers, and by one of Giesemann’s own statements. It appears that Shelton and Giesemann falsely claimed that they returned almost five hours earlier than they actually did. Evidence shows that Shelton returned to Andrews at 4:40 PM.

Also invited to participate in the colloquium series was Professor Daniele Ganser, a Swiss historian who specializes in international relations and international history from 1945 to today. Daniele Ganser is well known for his PhD thesis, “NATO’s Secret Armies. Operation Gladio and Terrorism in Western Europe” which was translated into ten languages. He teaches at Basel University. Ganser decided to videotape his presentation in English at Basel University when he gave it there on September 1, 2011. This presentation was then shown as part of the “Extreme Politics” series at the University of Indiana in the Fall. The video presentation is included here (below). Other presentations for the series are not available to the public, but include talks by Peter Dale Scott, Nafeez Ahmed, Lance deHaven-Smith, Andy Rotter and Niels Harrit, whose content can be discerned by following the links for each speaker below.

Point MC-8: The Activities of Brigadier General Montague Winfield between 8:30 and 10:30 AM

Point MC-8: The National Military Command Center (NMCC) gathers relevant parties and establishes the chain of command between the National Command Authority – the President and the Secretary of Defense – and those who need to carry out their orders. The person responsible for gathering these parties was the NMCC’s deputy director of operations (DDO) who, on September 11, 2001, was Army Brigadier General Montague Winfield.

However, the Pentagon has not provided a credible account of the behavior of Winfield during the attacks. Although it was initially assumed that the DDO’s role was performed by Winfield, the Pentagon later stated in 2003 that the role of the DDO on 9/11 was taken over by Navy Captain Charles Joseph Leidig. There is evidence to support both stories of Winfield and Leidig as DDO.

The Terrorist Attacks of September 11 2001. What Do We Know Ten Years Later? A Historical Investigation Daniele Ganser (Historian and Peace Researcher, Basel University).

The Consensus Panel announced in a press release that it had found many inconsistencies and revisions in the official story of Mohamed Atta who, it is said, mysteriously departed Boston on September 10 for Portland, Maine, and then flew back on the morning of September 11 to Boston just in time to board Flight 11, the flight that later hit the North Tower. Atta’s luggage failed to make it on the flight, and was found in Boston at Logan airport under suspicious circumstances. The images of Atta captured by security cameras are questionable.

Similarly, there are no images from 300+ security cameras at Dulles Airport, where five alleged hijackers are said to have boarded Flight 77 that later hit the Pentagon.