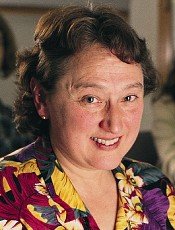 The family of Lynn Margulis has announced that she died at home on Tuesday, November 22, at the age of 73.

Having authored dozens of books and scientific papers, Margulis was awarded the National Medal of Science in 1999.

In 2004, she began looking into the evidence against the official account of 9/11. She not only accepted it but also — always known for her courage – announced her views, writing in 2007:

“Whoever is responsible for bringing to grisly fruition this new false-flag operation, which has been used to justify the wars in Afghanistan and Iraq as well as unprecedented assaults on research, education, and civil liberties, must be perversely proud of their efficient handiwork. Certainly, 19 young Arab men and a man in a cave 7,000 miles away, no matter the level of their anger, could not have masterminded and carried out 9/11: the most effective television commercial in the history of Western civilization. I suggest that those of us aware and concerned demand that the glaringly erroneous official account of 9/11 be dismissed as a fraud and a new, thorough, and impartial investigation be undertaken.”

In early 2010, she wrote an article on WTC 7 entitled “Two Hit, Three Down — The Biggest Lie.” Asking: “Why did three World Trade Center buildings (#1,#2 and #7) collapse on 9/11, after two (and only two) of them were hit by ‘hijacked airplanes’?”, she gave the scientific answer:

“Because . . . the steel columns were selectively melted in a brilliantly-timed controlled demolition. Two 110-story buildings (towers 1&2), plus one 47-floor building (WTC 7), were induced to collapse at gravitationally accelerated rates in an operation planned and carried out by insiders. The apparent hijacking of airliners and the crashing of them into the Twin Towers were intrinsic parts of the operation, which together provided a basis for claiming that the buildings were brought down by Muslim terrorists. The buildings’ steel columns, which would have provided irrefutable physical evidence of the use of explosives, were quickly removed from the scene of the crime.”

But much more difficult than the scientific question, she said, is the “science-education problem”:

“The persistent problem is how to wake up public awareness, especially in the global scientifically literate public, of the overwhelming evidence that the three buildings collapsed by controlled demolition. . . . We, on the basis of hard evidence, must conclude that the petroleum fires related to the aircraft crashes were irrelevant (except perhaps as a cover story).”

The scientific world, including the 9/11 Truth Community — she was a member of Scientists for 9/11 Truth – has lost one of our noblest, most courageous fighters for the Earth and the Truth.

The following video of Lynn Margulis was created by Architects and Engineers for their recent documentary
production “9/11: Explosive Evidence – EXPERTS SPEAK OUT.”