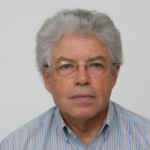 Statement on 9/11: “From the beginning, my skepticism about the official explanation of the Twin Towers collapses turned to spurning it as soon as I saw the videos of the WTC7 collapse, which reminds one of controlled demolition. When I heard that seismic waves had been emitted at the time of the 9/11 events, I looked for reliable data and examined the signals recorded at the Palisades station. The apparently contradictory parameters relative to wave velocities and frequencies were easily explained if we consider that the seismic waves were created by strong explosives. Those explosives could not be triggered other than manually. It is therefore a criminal provocation.”

Additional Information: Author of over 50 published papers on the relationships between the characteristics of progressive mechanical waves and geology.